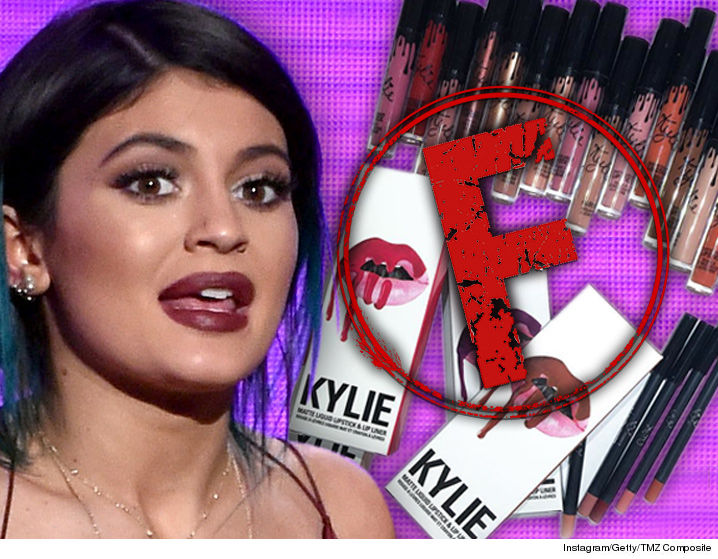 Kylie Jenner‘s cosmetics co. is a big fat FAILURE … at least according to the Better Business Bureau.

Kylie Cosmetics‘ consumer satisfaction rating has plummeted to an all-time low … it gets an F. The company’s racked up 137 customer complaints on BBB in the 9 months since it began operating.

As we’ve reported, Kylie Cosmetics has had a slew of problems … fromÂ security breachesÂ to packages gettingÂ stolen or ransackedï»¿. Many people say they’veÂ never even heard back from customer service.Â

BBB confronted the company last month, but problems still persist. In the last week alone, 10 people complained about service or delivery. One customer’s kit arrived without the pencil.

Kylie needs a B to get back in BBB’s good graces. Better work on some extra credit, KJ.