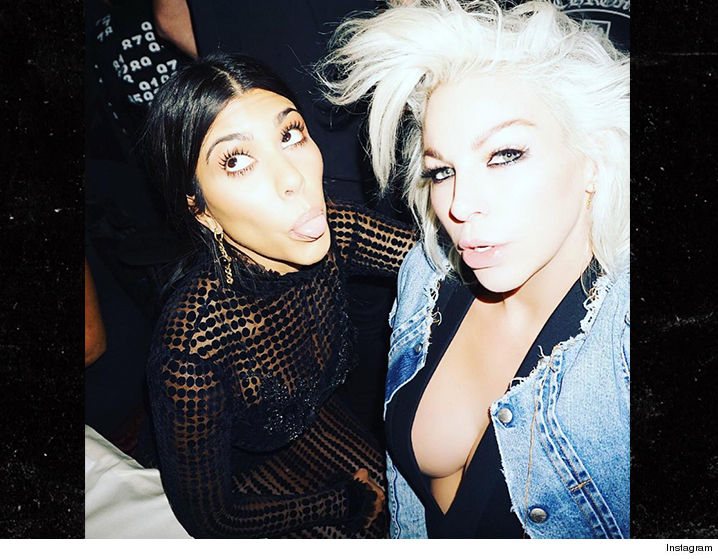 The Kardashians‘ makeup artist is harassing her fiance’s ex-wife and fat shaming his son, according to new legal docs.

Joyce BonelliÂ — who flaunts her Kardashian ties on Instagram — also used her social media to call Beth Taverniti a “handbag hoe” and a “ghetto bitch” … according to Beth’s request for a restraining order.

Beth also took their feud to court because she says Bonelli is bullying the son she has with Ben Taverniti, who’s currently engaged to Bonelli. In the docs, Beth says Bonelli sent texts about the 5-year-old … saying he’s 45-60 pounds overweight and “the fat around his neck is getting so thick he doesn’t breathe well.”

Beth says Joyce has a huge following on social media — including 1.7 million on IG — because of her link to the Kardashians, which makes her posts way more humiliating.

Beth’s restraining order request was denied, but there’s a hearing later this month where she’ll try to convince a judge she needs protection.

The Kardashians — Beauty Company Sues … You Can't Break Up Over Makeup