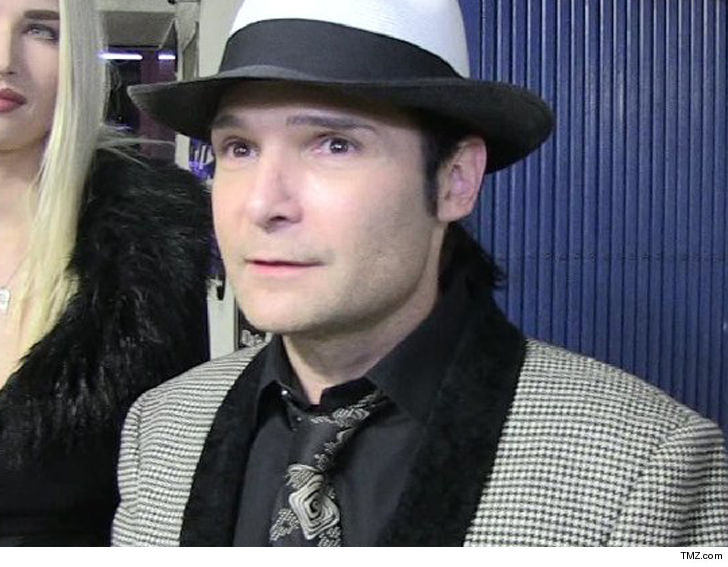 Corey Feldman isn’t waiting for LAPD to conclude its investigation into what he calls serious threats on his life — he’s requesting court-ordered protection.

Feldman filed for requests for restraining orders against 5 individuals he claims are harassing him online. TMZ broke the story … Corey already went to cops over a barrage of Twitter threats he’s received. One said, “If longing to see @Corey_Feldman get gangraped in prison is wrong, I don’t want to be right.” Police now have search warrants to track down the people behind some of the threats.

In the new docs, one of the alleged harassers matches up with a name in the search warrants — so, this seems like Corey’s covering all his bases here by filing for the restraining orders.

Another one of the people Corey names is a woman who played in his backing band, The Angels.

A judge has yet to grant the restraining orders.

Jamie Spears Asking to Temporarily Step Down as Britney's Conservator