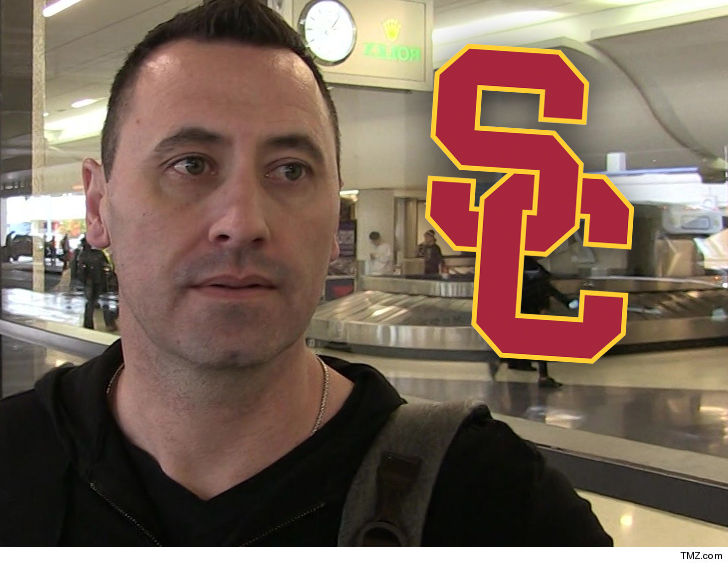 USC had every right to fire Steve Sarkisian after a drunken meltdown in 2015 … so says an arbitrator who ruled the University owes ZERO dollars to the ex-football coach who had sued for $30 MILLION.

TMZ Sports broke the story … Sark filed a wrongful termination lawsuit against the school claiming SC “kicked him to the curb” instead of getting him help for his alcoholism, which he argued was a “recognized disability under California law.”

The case went to an arbitrator who denied every single one of Sark’s claims — explaining the coach was “not terminated on the basis of any disability,” but rather for misconduct in breach of his contract.

USC argued that it tried to get help for Sark after an embarrassing booze-fueled rant at a Salute to Troy event in August 2015, but at the time Steve claimed he was NOT an alcoholic and attributed the behavior to a bad reaction from mixing Rx pills with beers.

USC had Sark sign a “last-chance agreement” requiring him to apologize for his behavior and attend weekly counseling sessions with substance abuse specialists. USC also warned Sark that any further incident that embarrassed the school would “constitute immediate termination for cause.”

Sark signed the document, but USC says at the time he adamantly denied having a drinking problem.

Two months later, Sark had a drunken meltdown in the days after a loss to the University of Washington and was put on an indefinite leave on Oct 11. USC fired him on Oct. 12.

After the firing, Sark finally publicly acknowledged his drinking problem and got help — but, the arbitrator says California disability laws “[do] not insulate the failure to control a controllable disability nor afford an employee a second chance to control a disability in the future.”

In docs obtained by TMZ Sports, the arbitrator explains, “Sakisian must bear sole responsibility for having actively concealed from USC his claimed disabilities.”

In his suit, Sark claimed USC at the very least owed him the remainder of his huge contract — $12.6 mil — plus damages.

The arbitrator shot him down in every way.

The good news … Sark has said he’s clean and sober now and seems to be doing well in his new job as the offensive coordinator for the Atlanta Falcons.