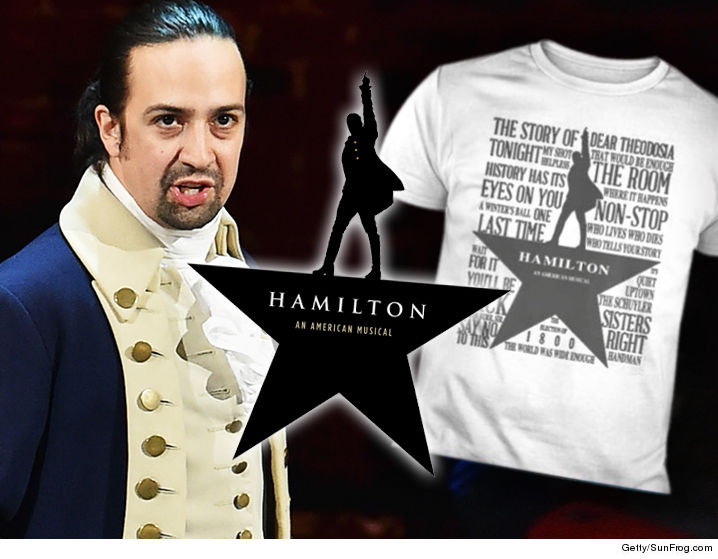 The logo for “Hamilton: An American Musical“Â is now so iconic, it’s become a target for rip-off artists … according to producers behind the massive Broadway hit.

The head honchos of the company that runs all things ‘Hamilton’ just filed suit against t-shirt makers, SunFrog, for hawking bootleg ‘Hamilton’ shirts on their site.

In the docs — obtained by TMZ — ‘Hamilton’ heads say SunFrog and a company called GearLaunch are using the famousÂ silhouetted image of Alexander without permission.

Lawyers for the musical aren’t buying GearLaunch’s excuse — that they assume freelance t-shirt designers have legally obtained rights to all the images beforehand.

They’re suing to halt all sales and marketing of the alleged phony merch, and to get all profits.

We’ve reached out to SunFrog and GearLaunch … so far, no word back.

Blac Chyna and BF Get Handsy During Shopping Spree