Becomes the Next Burning Man 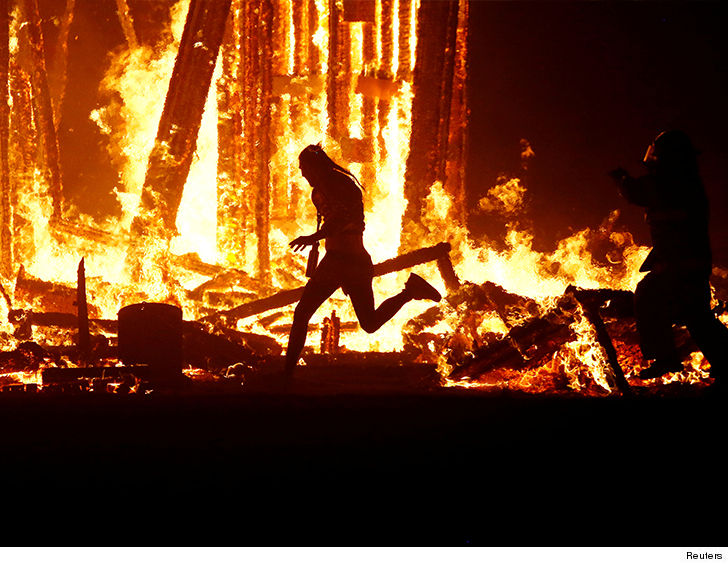 A man was airlifted to the hospital this weekend after he ran head-on into a sea of fire at the Burning Man festival … and it was all caught on camera.

Here’s how it went down … a guy literally sprinted past fire crews Saturday night that were stationed around one of the giant burning man structures in Nevada, leaving him engulfed in flames. Firefighters leaped to the rescue and treated him on the scene. 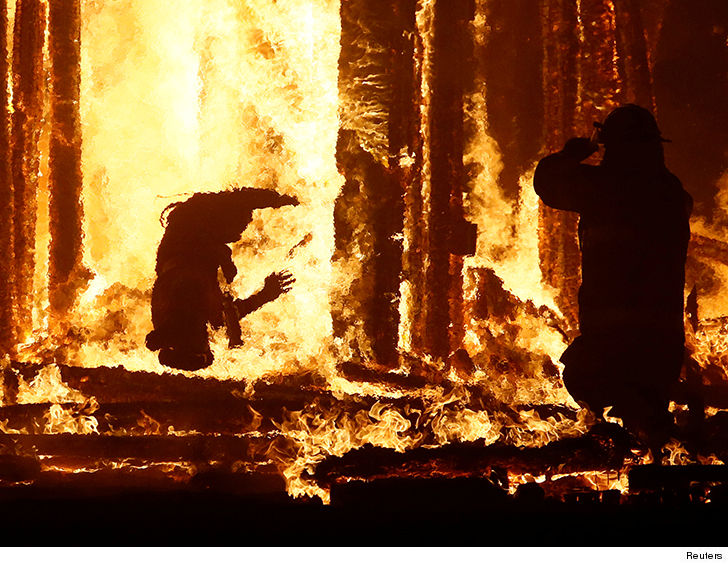 He was then transported to an on-site medical facility, and later airlifted to a burn treatment center … according to the festival’s organizers.

Photos of the incident were captured, and they’re pretty graphic. You see what appears to be a long haired man running full force into the blaze … and then tripping and falling with fire rescuers close behind. 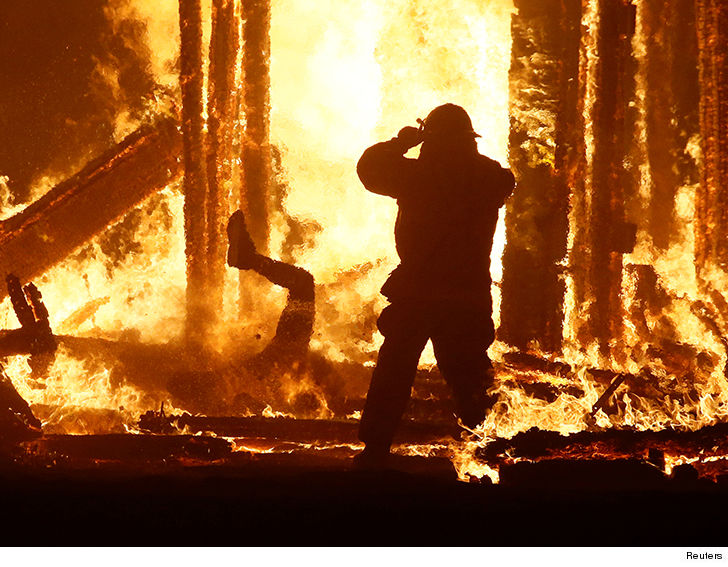 Unclear what his condition is as of Sunday.