Chris BrownÂ went off at a charity hoops game because security was trying to kick his crew out … a source close to CB tells TMZ.

The argument escalated between venue security and Chris’ security. The folks at Power 106 — who threw the event — say Breezy’s security told Chris they weren’t getting through to the other side so he stepped in. Chris got angry when venue security blew him off and disrespected him.

Chris’ crew was able to stay, and his team won the game. 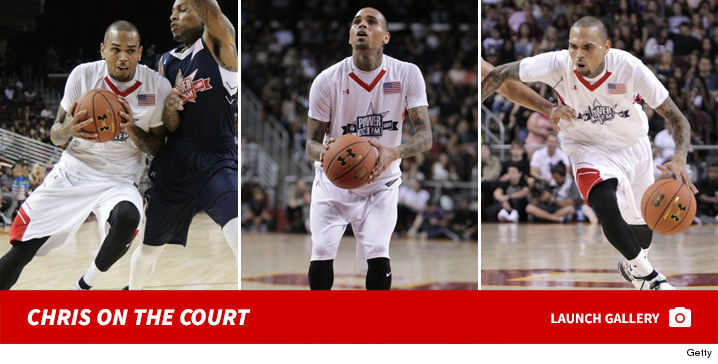