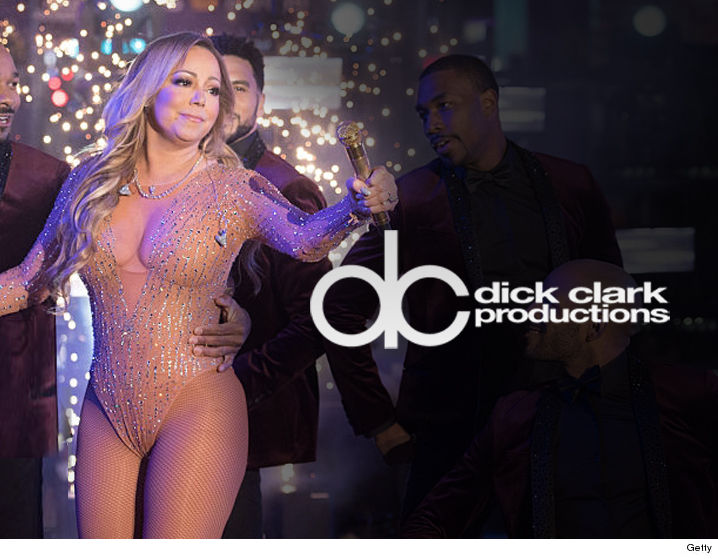 Dick Clark ProductionsÂ is outraged by the claims Mariah Carey‘s people made to TMZ, and the company is suggesting the singer has opened herself up to a lawsuit.

As we reported, Mariah’s people say they repeatedly told production people her earpiece was not functioning but they ignored the warnings and even falsely led the singer to believe everything would work fine when she hit the stage. Suffice it to say … the performance was a disaster.

Dick Clark Productions says, “In very rare instances there are of course technical errors that can occur with live television, however, our initial investigation has indicated that DCP had no involvement in the challenges associated with Ms. Carey’s New Year’s Eve performance.”

Our Dick Clark sources blame the problems on Mariah, saying she refused to personally do a sound check and there was ample sound on stage for her to hear the music.

Dick Clark Productions adds, “We want to be clear that we have the utmost respect for Ms. Carey as an artist and acknowledge her tremendous accomplishments in the industry.”

Lil Pump Hooks Crew Up with $350k in Chains

Killer Mike Rooting for Bernie Sanders to Run Again, 'He Can Beat Trump'