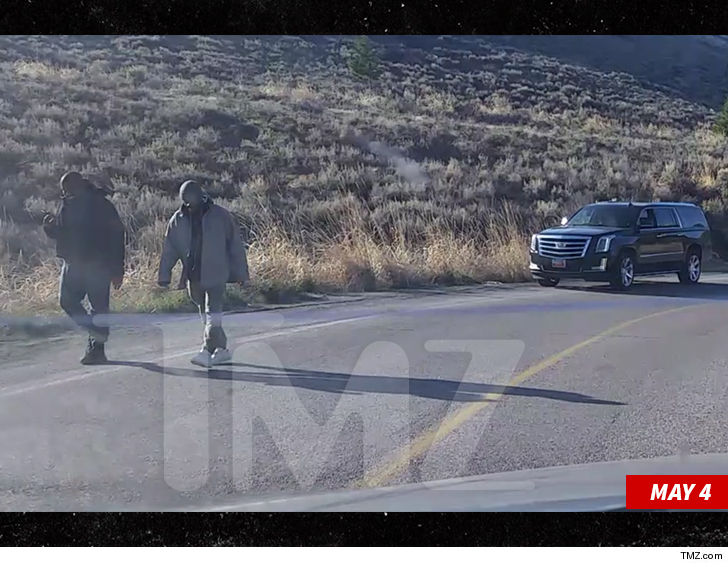 Kanye West says he’s “healing” in the Wyoming mountains, and now we know exactly what that looks like.

TMZ obtained this shot of Kanye out for a stroll with a friend on a remote hillside road near Jackson Hole. This pic was taken Friday morning by a passerby. Probably not a common sight in them parts — world-famous rappers on the roadside and all.

While he was getting back to mother nature, you can see his security was keeping a very close eye … trailing in an SUV. It was clearly a refreshing outing for Ye, who tweeted about it the next day.

take a walk outside. Fresh air is healing

As we first reported, Kanye went back to his fave Wyoming resort to put the finishing touches on new music he’s about to release.

Kanye West, not all that different from your average Playmate. Who knew?

Aretha Franklin Tributes on Display at Detroit's Most Famous Buildings