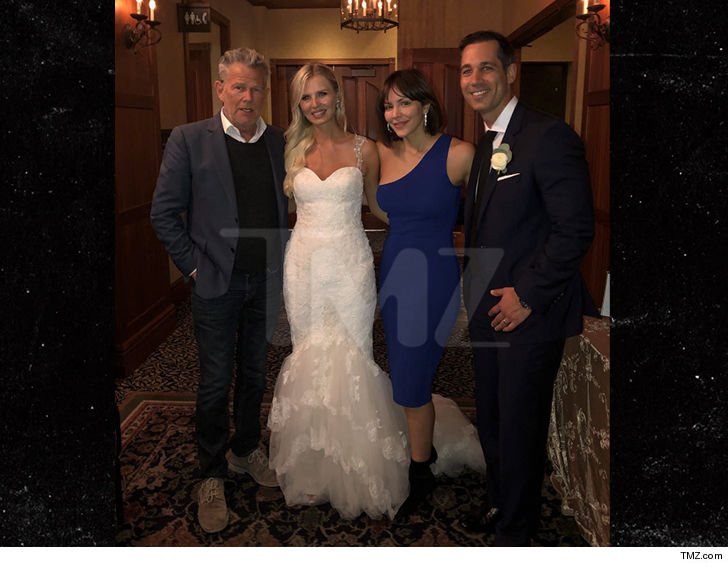 Katharine McPhee and David Foster were so impressed with a wedding they witnessed from their hotel balcony … they went down and joined the celebration.

The bride, Whitney Madian, says she and her husband, Shant, got married at the Oak Bay Beach Hotel in Victoria, Canada Saturday, where Katharine and David were also staying.

Whitney tells us, after their ceremony, she saw the 2 signing their guest book at the reception — weird, huh? So she approached them, and they ended up chatting for about 5 minutes. 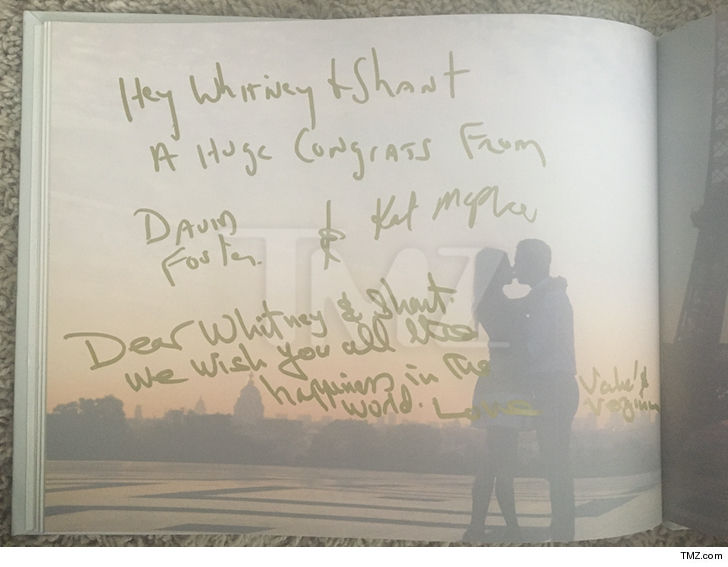 Madian says McPhee and Foster told her they watched her walk down the aisle from their balcony and that her wedding was “beautiful.” She also tells us she and Katharine compared rings … and Kat really liked hers.

It’s interesting … McPhee doesn’t like to show off her rock to just anyone, but she clearly made an exception for the bride.

We broke the story … David popped the question to Kat earlier this summer while they were on a European vacay, and she said yes. It’s unclear when they’re tying the knot, but maybe now they’ll have some extra inspiration.