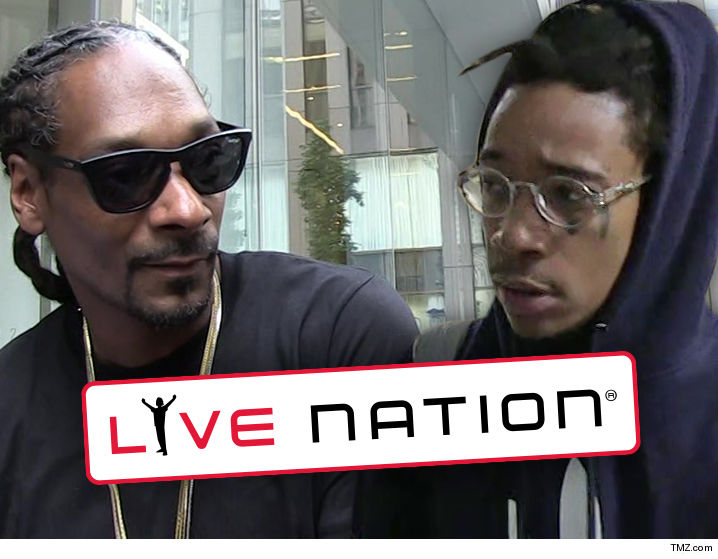 Snoop Dogg and Wiz Khalifa‘s concert disaster destroyed a teenager’s dreams of being a cheerleading champ, and also her regular dreams at night … according to a new lawsuit.

The woman who’s suing says her 16-year-old granddaughter was one of the dozens injured when that railing collapsed at Wiz and Snoop’s NJ show in August. She blames the rappers for causing the accident because they yelled, “Everybody in the mother******* grass bring your ass down here.” Â

She’s also got beef with Live Nation, which manages the venue, for inadequate crowd control. In the docs, she says her granddaughter fell 10 feet onto concrete, got pinned by the crowd, knocked out cold and woke up covered in blood with a broken arm and wrist.

The injuries forced her to give up competitive cheerleading, and the girl is having nightmares … according to the docs.

Wiz and Snoop’s camps haven’t gotten back to us, but Live NationÂ had no comment.Â