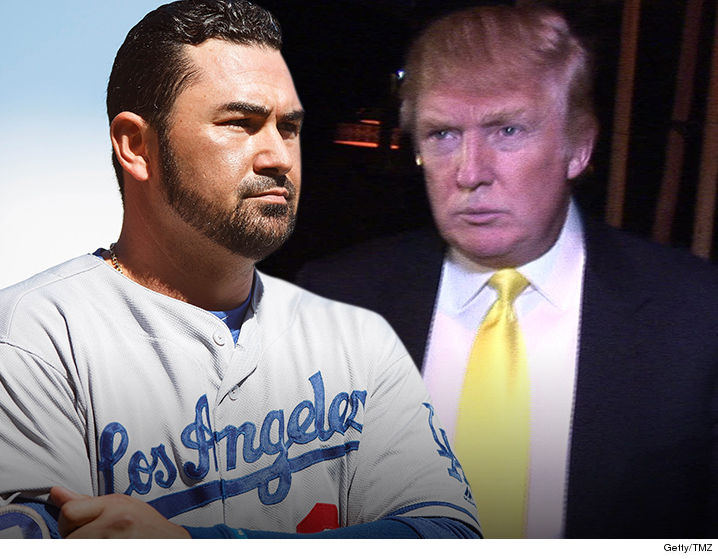 L.A. Dodgers slugger Adrian Gonzalez says he refused to stay at a Trump hotel in Chicago during a regular season road trip … explaining, “I had my reasons.”

The Dodgers usually use the Trump International Hotel & Tower when they come to the Windy City to play the Cubs — but back in May, A-Gon asked the team to make arrangements for him to stay somewhere else.

Gonzalez didn’t get into the specifics when asked about the hotel situation — only explaining, “I had my reasons” … according toÂ JP Hoornstra of the Inland Valley Daily Bulletin.Â

Let’s get serious … it was a Donald Trump protest move … even if he didn’t say it.Â

By the way, the Dodgers did NOT stay at the Trump during the first 2 games of the NLCS in Chicago this weekend … but the team says it has nothing to do with A-Gon or politics.Â

The hotel reportedly required a non-refundable deposit to hold the rooms — and since the Dodgers didn’t know if they would be making the trip until their win over the Nats on Friday, they went somewhere else instead.