I Woulda Been Murdered In Jail

… If They’d Sent Me Back to Turkey 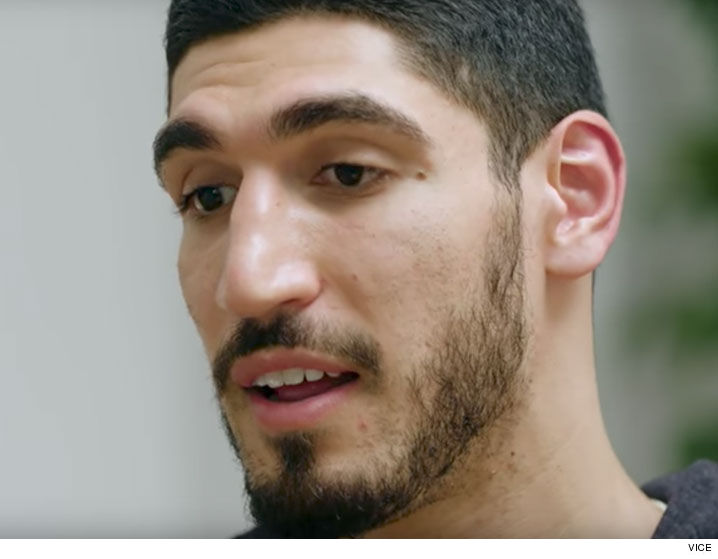 Enes KanterÂ ï»¿says he’d probably be DEAD if he had been shipped back to Turkey after his passport was canceled last month … claiming the Turkish govt. is out to kill him.Â

The OKC Thunder star (and outspoken critic of the Turkish govt.) was detained by police in Romania on May 20 — and has now told Vice News the consequences would have been deadly if he had been sent back to his homeland.Â

“I would be in a jail and probably the second day you’ll hear from the news, ‘Oh, he just got poisoned and he just died. He got food poisoning.’ Or, ‘He was depression and hanged himself.'”

Kanter has referred to Turkish president, Recep Tayyip ErdoÄŸan, as the “Hitler of our generation” — and in turn, the govt. has labeled Kanter a terrorist and issued a warrant for his arrest.Â

Kanter says he knows the govt. wants to kill him — but he won’t be intimidated … even if it means he can never return home.Â

Antonio Sabato Jr. is Officially Divorced, He Gets House and Car