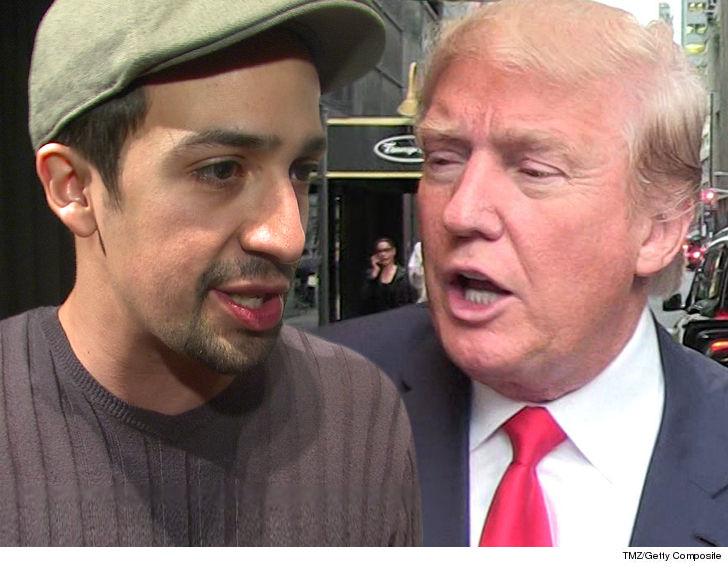 “Hamilton” creator Lin-Manuel Miranda blasted Donald Trump for his Twitter attack on San Juan’s mayor … bluntly telling the Prez he’s got a clear path to hell waiting for him.

Miranda’s comments come in response to Trump saying San Juan’s mayor Carmen Yulin Cruz is showing poor leadership in hurricane-ravaged Puerto Rico … and accusing her of being nasty to him because Democrats told her to.

Lin-Manuel fired back Saturday morning, saying … “You’re going straight to hell … No long lines for you. Someone will say, ‘Right this way, sir.’ They’ll clear a path.” He continued by defending Cruz for working nonstop while Trump golfs … and called the Prez a “congenital liar.”

Miranda is of Puerto Rican descent and has been pushing hard to get help for the island hit by Hurricane Maria, and like San Juan’s mayor … he clearly doesn’t believe Trump’s doing enough.