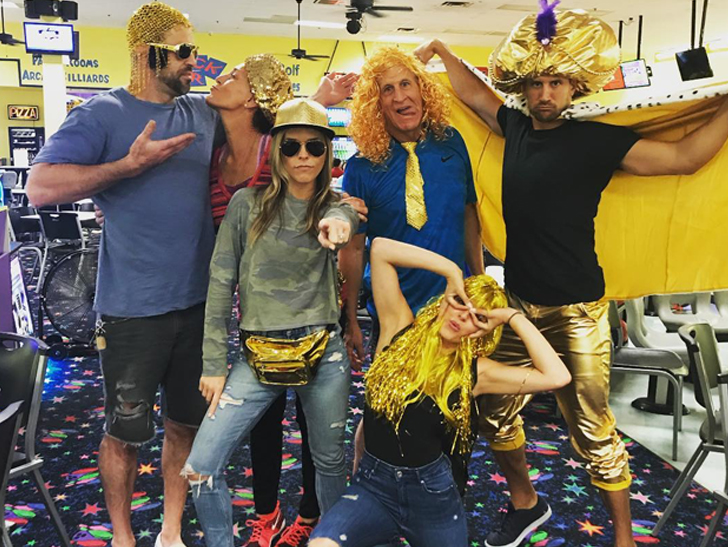 Former ‘Bachelorette‘ star Jordan Rodgers had a big bash for his 30th birthday over the weekend — featuring friends and family … but NOT his famous brother, Aaron Rodgers.

The family beef is well known — hell, they even played it up during Jordan’s season on “The Bachelorette” — but people in Aaron’s life had been trying to convince him to reconcile.

Doesn’t seem like it worked … because when Jordan posted pics from his birthday bash in Bowling Green, Kentucky on Saturday — we saw brother Luke and dad Edward but no Aaron.

One source who was there confirms to TMZ Sports Aaron did not attend.

JoJo Fletcher — the woman Jordan proposed to on “The Bachelorette” — was there (she’s in the gold wig). So was Luke’s fiancee, Aimee.

If you’re wondering, the Packers had a preseason game on Thursday … so, it would have been theoretically possible for the QB to make it.

As for the rift … Aaron’s ex-girlfriend, Olivia Munn, had previously said there were jealously issues with Aaron’s father and brothers but noted, “I don’t think either side of the road is clean.”

Dana White to Floyd Mayweather, Khabib Will Only Fight You In MMA!