I Got Carried Away

With a Crazy-Ass Birthday Surprise!!!

Becky G turned 21 on March 2nd, so who woulda thunk a simple night out on the town with her hot soccer boyfriend would turn into an awesome, belated surprise birthday party … but it did.

The singer/actress was carried into Candela restaurant in L.A. Friday night by boyfriend Sebastian Lletget, who plays for the L.A. Galaxy.

She clearly didn’t know what was up, but check out what happens inside. We’re not sure why the party went down almost a month after her birthday, but it may be because her boyfriend was on crutches because of a soccer injury and could carry her into the party. Just a thought.

Sometimes things are worth waiting for.

One more thing … they make an insanely hot couple. 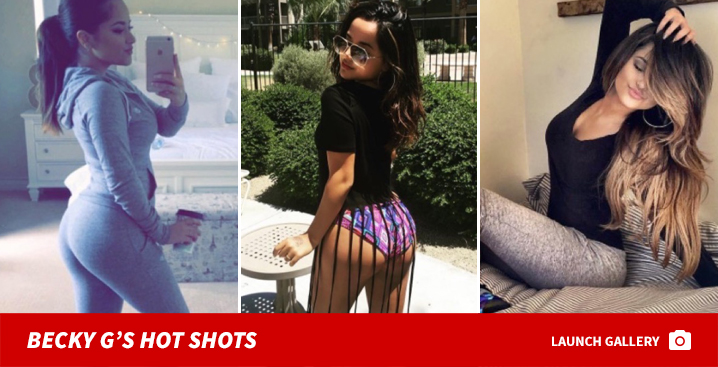 UFC's Anthony Pettis — Calls Out Conor McGregor … I Want BOTH Your Belts! (VIDEO)