Gets ‘F Rating’ from BBB 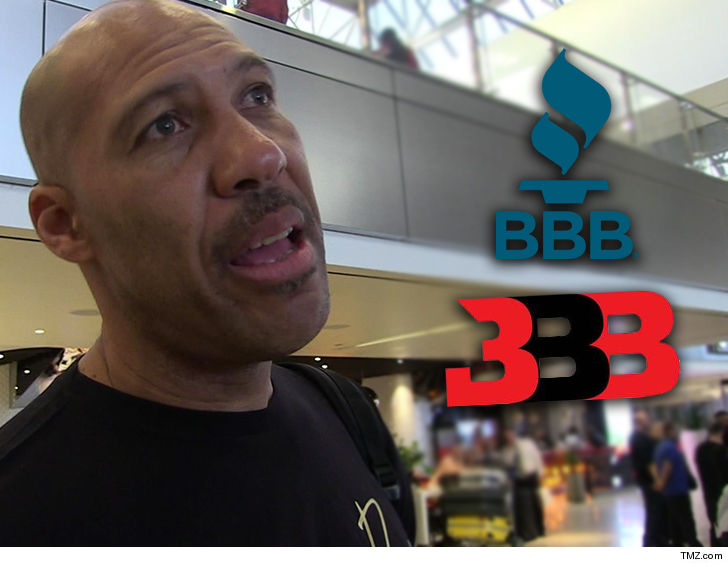 The BBB is warning consumers about BBB — the Better Business Bureau tells TMZ Sports the Big Baller Brand is a disaster … and has earned the lowest possible rating, an F.

Ever since LaVar Ball launched the apparel company, the BBB has been inundated with complaints from customers who either didn’t get their orders … or got the wrong items.

If you’re into keeping stats — how’s this: Big Baller has 41 negative reviews and ZERO positive … with 33 formal complaints on file.

FYI, the Better Business Bureau is a 105-year-old non-profit organization that monitors businesses across the country to help protect consumers.

The BBB reached out to Big Baller Brand twice to help resolve their issues — but no one at Big Baller ever called them back.

“This is very definitely substandard normal business practices for anybody.”

“As a result of the repeat pattern of complaints, the volume of complaints, Big Baller now has an F rating with the BBB, which is the lowest rating possible in the BBB system.”

We reached out to Big Baller for comment — so far, no word back.

Michael Jordan Congratulates LeBron for Passing Him On All-Time Scoring