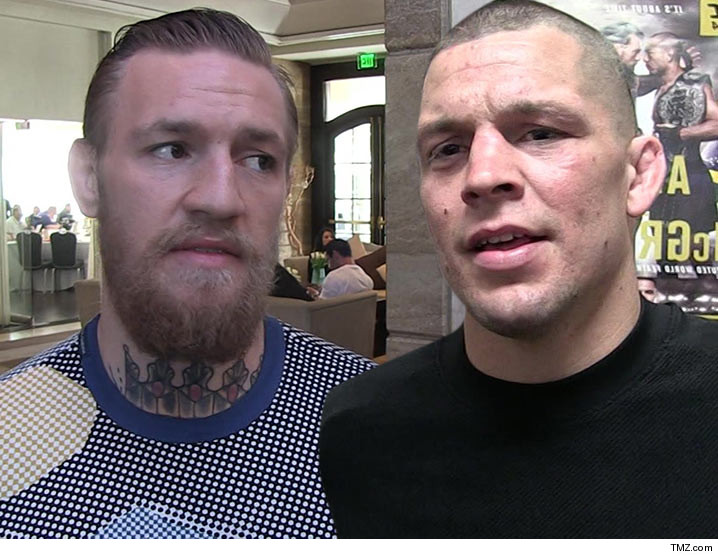 Conor McGregor is summing up his loss to Nate Diaz in two words — “Sh*t happens.”

The Notorious CM took to social media after his bruising defeat at UFC 196 — and hinted that he wants a rematch with the man who beat him up.

“Nate I will see you again.”

Good news for fight fans … the loss didn’t seem to affect his confidence one bit.Â

Here’s the statement in full:

“I stormed in and put it all on the line. I took a shot and missed. I will never apologize for taking a shot. Sh*t happens.”

“I’ll take this loss like a man. I will not shy away from it. I will not change who I am. If another champion goes up 2 weights let me know. If your tired of me talking money, take a nap. Â I’ll still be here when you wake up with the highest PPV and the gate. Still talking multi 7’s.”

“Thank you to the true support and f*ck the hate that came out of the woodwork. I love it all. Its still steak for breakfast. I’ve been here many times in my life in some form or another. I’ll eat it all and come back stronger.”

“Aldo you are a p*ssy. Dos anjos you are a p*ssy. When the history books are written, I showed up. You showed up on Twitter.To the fans! Never ever shy away from challenges. Never run from adversity. Face yourself head on. Â Nate I will see you again.”

Pacman Jones Casino Arrest Details, 'I Will Kill You, Suck My D*ck'