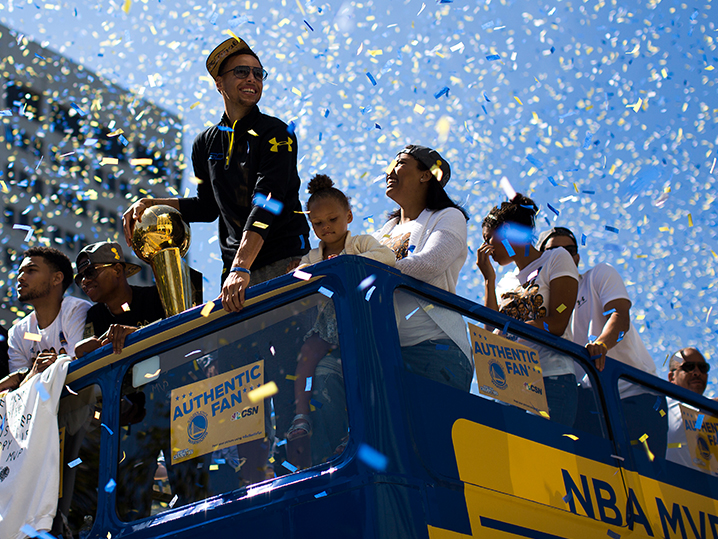 It’s going DOWN in the Bay Area — the Golden State Warriors victory parade is underway and more than 1 MILLION people are expected to show up for the turn up!

Kevin Durant, Steph Curry, Klay Thompson, Draymond Green and the rest of the squad will ride through the streets — most likely boozing during the ride.

Rap legend Too Short is expected to ride on the trucks with the team. Guessing fellow Dubs superfan E-40 will join him.Â

2015 was crazy — Draymond pounded all sorts of beverages and went cray. Who’s ready for a repeat performance?!