The Chargers have made it official … formally announcing they’re moving to Los Angeles!Â

Chargers owner Dean Spanos issued a statement saying, “After much deliberation, I have made the decision to relocate the Chargers to Los Angeles, beginning with the 2017 NFL season.”

In his statement, Spanos also promises fans they’ll try really hard not to suck in the City of Angels, saying, “We must earn the respect and support of L.A. football fans.”Â

“We must get back to winning.”

The Chargers were in San Diego for 56 years where they won exactly zero Super Bowls. Â 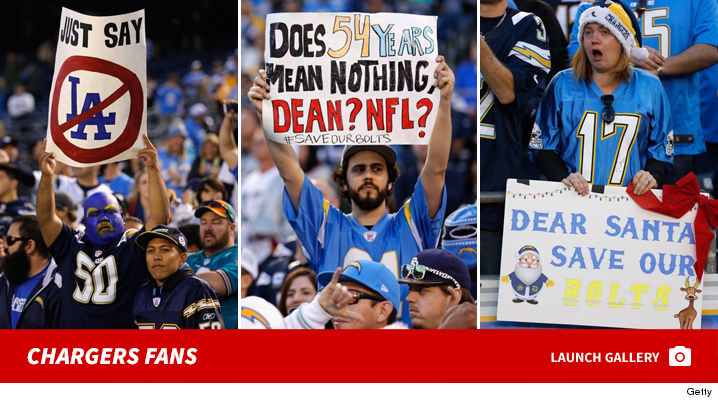