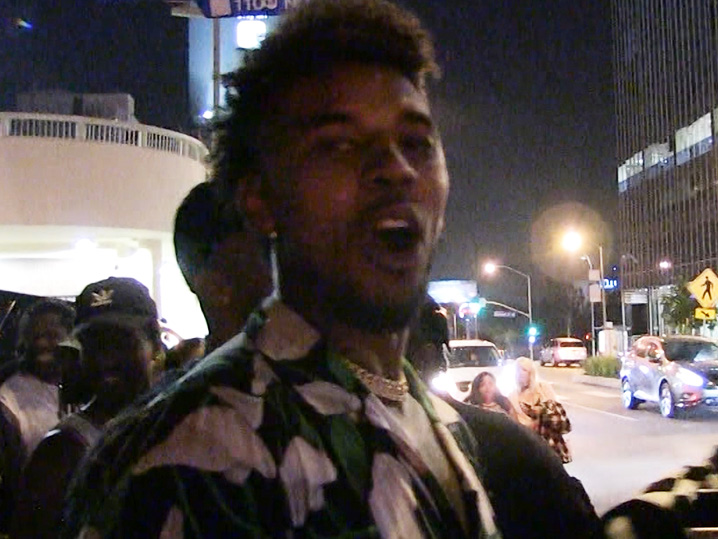 NBA star Nick Young — aka Swaggy P — was arrested in Hollywood late Friday night after an incident during a traffic stop with police … TMZ Sports has learned.

Law enforcement sources tell us … the Golden State Warriors star was pulled over just before midnight for a routine traffic violation when something went wrong.

We’re told the 33-year-old refused to cooperate with the officers on scene, and so he was arrested for obstruction of justice.

One witness tells us … cops took Young out of his vehicle and ordered him up against a wall where he was handcuffed and taken into custody.

He was taken to a nearby station where he was booked. We’re told Young’s vehicle was impounded.

Unclear if he had any passengers inside.

It’s not Young’s first issue with cops — back in 2016, he was cited for bumping his music too loud while driving his car in Hollywood. At the time, Young claimed one of the officers heckled him about the Lakers having a crappy record.

Young is a pretty famous dude outside NBA circles — remember, he dated Iggy Azalea back in the day … but she broke up with him when he knocked up his ex behind Iggy’s back.

UFC's T.J. Dillashaw to Demetrious Johnson: 'Man Up' & 'Don't Be Scared' to Fight Me