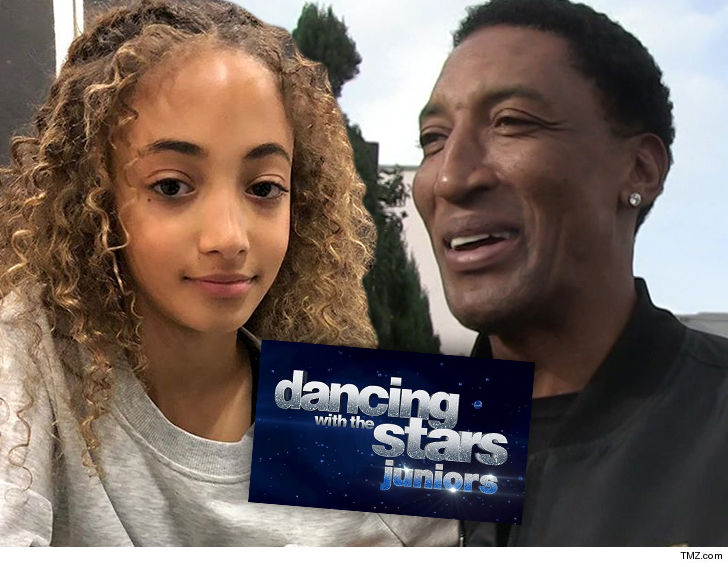 Scottie Pippen might wanna clear a shelf in his trophy room … his 9-year-old daughter’s got her eyes on a ‘Dancing with the Stars‘ championship.

Sophia joins an eclectic cast that reportedly also includes Honey Boo Boo. The mini celebs will be mentored by pros when the show airs this fall.

Pops Pippen has 6 NBA Championship rings, but a ‘DWTS’ mirrored ball would tower those.