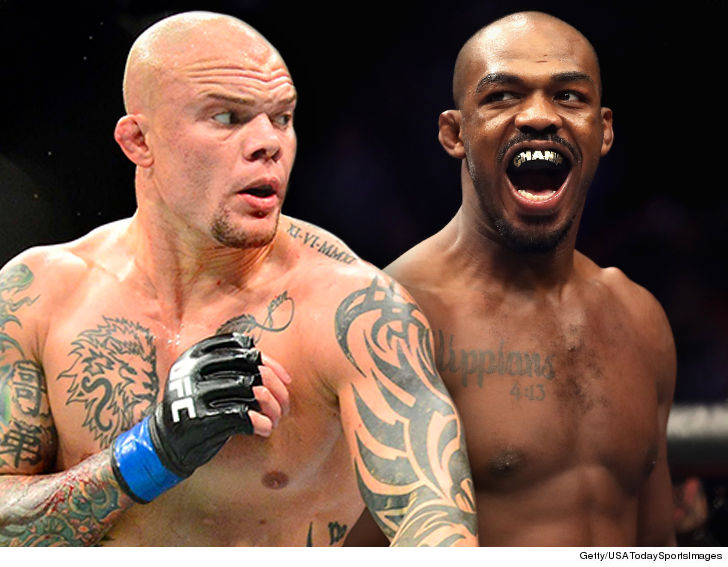 Jon Jones is one step closer to his next fight … because Anthony Smith tells TMZ Sports his manager is already talking with the UFC to get a deal done.

30-year-old Smith has clawed his way to becoming the #3 ranked light heavyweight after taking out Rashad Evans, Shogun Rua and Volkan Oezdemir in his last 3 fights.

After Jones beat up Alexander Gustafsson at UFC 232 on Saturday, he and Smith talked trash to each other during the post-fight show on FS1.

Now, Smith says he ain’t just blowing smoke — he wants smoke — and his manager, Jim Walter, is already speaking with the UFC honchos to hammer out a deal.

No word on when the fight would go down but Smith says he’ll brawl with Jones “any time, any place anywhere … I’ll fight Jon this weekend if he wants to.”

Smith says he respects Jones as a fighter but wasn’t super impressed with his 3rd-round victory over Gustafsson — saying, “I’ve seen him look better.”

Of course, there are other fighters angling for a shot at JJ — including #6 ranked contender Corey Anderson … but Smith says no one wants to see that fight because Jones will beat his ass.

We asked Smith if he had a message for Jones — “I’m ready. I’m ready and you know it. And I know it. I’m the only one that’s gonna push you.”